Most of us have read articles and weighty analyses about "The Problem" with current advisor regulation--which is, simply stated, that RIA offices are not currently examined nearly often enough for the protection and security of the general public. I think the current figure is that some advisors have to wait 11 years before an SEC examiner pays them a visit, and some of the analyses have suggested that every four years would be a more palatable schedule. What you never hear, in any of the discussions about advisor regulation, is a more basic question: why, exactly, do we need these examinations at all? 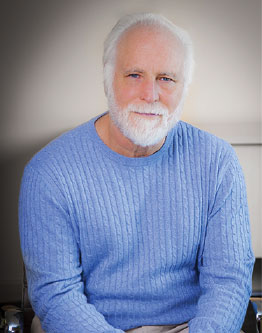 Bob Veres is editor and publisher of the Inside Information, and contributing editor and columnist for Financial Planning magazine. Bob also co-produces theInsider’s Forum conference for independent financial advisory firms, which was selected as one of Nerds Eye View’s 15 best conferences for 2017. If you’re interested in Bob’s newsletter, you can sign up for Inside Information here, or receive a discount when subscribing simultaneously to Inside Information and the Kitces.com Members Section. You can also follow Bob Veres on Twitter at @BobVeres)

(Editor's Note: This post was written by guest blogger and financial planning commentator Bob Veres, in the July 2012 issue of Inside Information. If you're interested in his newsletter, you can sign up for a trial of Inside Information, or receive a discount when subscribing simultaneously to Inside Information and The Kitces Report. You can also follow Bob Veres on Twitter at @BobVeres.)

If you're sitting there in shocked silence, please hear me out. The current SEC examination system asks a lot of questions, but what part of the examination would have uncovered the very scandals that have provoked all this hand-wringing about 11 years versus four? We know these issues are not rigorously pursued by the current SEC examination process because Bernie Madoff managed to survive several examinations, as did Allen Stanford. In fact, I have not heard of a single instance where an SEC examination uncovered a Ponzi schemer. People whose trade blotter is not signed within 30 days, yes. People who are actively stealing money, no.

The regulators typically find out about fraud and consumer abuse through consumer complaints or an internal whistle-blower. So why aren't THOSE the areas where everybody calls for improvement at the SEC?

Law offices are not routinely examined by regulators. Nor are accounting offices. Why should RIA offices undergo regular visits? You could argue that they handle client money, but if the money is at a large, recognized custodian, this really isn't true. Lawyers serve as trustees of trust assets, but the money is housed elsewhere, and nobody is calling for routine inspections of their offices.

Somehow, along the way, it became an accepted article of faith that a certain number of regulatory inspections would protect the public, and Congress is attempting to rectify The Problem, with generous support from the brokerage firms and FINRA. But before we all jump on this bandwagon, shouldn't we ask for the evidence that demonstrates the effectiveness of this proposed solution?

So what do you think? Is The Problem with the advisory industry really that there aren't enough on-site examinations of advisors' offices? Do you think that would be a more effective means to protect the public from "bad" advisors? Should there be a distinction in the oversight of advisors who have custody of client money, versus those who don't?