When the Supreme Court struck down Section 3 of the Defense of Marriage Act on June 26th in the case of United States v. Windsor, it forced the Federal government to recognize whether or not a couple was married based on the rules of the state. If the state declared that the marriage was valid, the Federal government had to honor it as well, though whether the the marriage would be recognized in the first place was still left up to the state.

While this was fairly straightforward to apply for many couples - if they got married in one of the 13 states (plus the District of Columbia) that allows for same-sex marriage they would be married for state and Federal purposes, and if they were in a state that didn't allow such marriages then being unable to get married at the state level would leave them unmarried at the Federal level, too. Yet unfortunately, this also introduced a significant complication in today's increasingly mobile world: if a couple got married in a state that allowed the marriage and then relocated to a state that didn't recognize the marriage, were the rules for marital status based on the state the couple currently resided in, or the state in which they celebrated their marriage in the first place?

Fortunately, an announcement last week by the U.S. Treasury, accompanied by Revenue Ruling 2013-17 from the IRS, declared that all legal same-sex marriages would be recognized for Federal tax purposes, regardless of what state the couple currently resides in. In other words, as long as the marriage was legal in the state in which the marriage itself occurred, the IRS will follow the laws of the "place of celebration" in determining legal marital status, for both income and estate tax purposes. As a result, planners need to review the current income and estate tax situation for such couples, from the potential for filing amended income, gift, and estate tax returns, to reviewing the treatment of employee benefits, to re-evaluating whether it's time to update estate planning documents and gifting strategies in light of the new availability of the marital deduction! 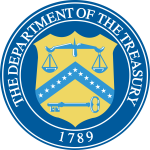 The new guidance from Treasury and the IRS declare that any same-sex married legally entered into in one of the 50 states, the District of Columbia, a U.S. territory, or a foreign country, will be covered by the ruling, as long as the marriage was in fact legal where it occurred. Notably, the ruling does not apply to registered domestic partnerships or civil unions.

The IRS bases its approach on Revenue Ruling 58-66, which more than 50 years ago declared that in the case of common-law marriages, such marriages should be recognized even if the couple subsequently moves to a state that requires a ceremony to establish the marital relationship and doesn't otherwise recognize the marriage. As the IRS states, "a rule under which a couple's marital status could change simply by moving from one state to another state would be prohibitively difficult and costly for the Service to administer, and for many taxpayers to apply." Not only would such changes impact filing status outright, but could create further complexity in situations where attribution of family property interests applies (in certain controlled business ownership circumstances), where employers have employees who relocate (forcing employers to track marital status for their employees for various employee benefits, tax withholding, etc.), where beneficiaries are trying to determine the treatment of qualified plans, etc.

Overall, the IRS expressed concern that to treatment same-sex couples on a state-of-residency rule would require the development of extensive costly systems to administer and oversee a couple's changing marital status in an increasingly mobile world. Given all of these challenges, and in light of the Windsor case similarly declaring that the Federal government must recognize same-sex marriage in states where it is initially recognized at the time of marriage, the new guidance ultimately declares that a change in domicile to another state will not alter marital status for Federal tax purposes.

Notably, the IRS and Treasury indicated that they will begin to apply the rules effective September 16th, which actually gives employers relatively little time to adjust and update their systems for any employee benefits related to same-sex couple employees. However, the IRS has indicated that it still need to issue further clarification about the proper treatment of retirement plans and other employee benefits for same-sex couples in retroactive situations that may have occurred before the effective date of the Revenue Ruling.

For financial planning purposes, the most notable aspect of the new ruling is simply to recognize that starting with 2013 itself (or actually 2012, for any couples still on extension through October 15th), same-sex married couples will be required to file jointly as a married couple (or as married filing separately, with all the associated adverse consequences), and similarly will claim deductions and tax credits (from the earned income tax credit to the child tax credit to college education credits and more) as a married couple. In some cases - especially with dual income couples - this can actually result in a greater tax liability, due to the so-called "marriage penalty" that will now apply for same-sex couples (on the other hand, couples with a significant income disparity may find their tax burden lower as a married couple).

In addition, the confirmation of marital status for all same-sex married couples - regardless of where they currently live - also reinforces the need for such couples to re-evaluate whether to file Form 1040X to amend tax returns for any prior years available under the statute of limitations (generally, it would be 2010, 2011, and 2012). As just noted, not all couples will want to file an amended return - in some cases with the marriage penalty, it may be preferable to leave the prior returns as is - but any same-sex couples who were married in those prior years should at least evaluate whether an amended return might result in an immediate refund.

In the gift tax context, any same-sex couples who filed a Form 709 gift tax return for transfers between the couple after they were legally married (or even pursuant to a legal divorce) will want to file Form 843 to amend gift tax returns to claim the marital deduction and avoid the use of any of their lifetime gift tax exemption amount. Similarly, any widows of same-sex couples where there was an estate tax paid may wish to file to amend the estate tax return to claim the marital deduction and recover the Federal estate taxes paid, if within the statute of limitations.

Planners with same-sex couples should also review the current status of their employee benefits. With Federal recognition of the marriage - regardless of the current state of residence - same-sex spouses are now eligible for everything from spousal protections for qualified plan benefits to favorable treatment for employer health insurance. Tax withholdings may need to be adjusted as well. And in cases where benefits (like health insurance) are now excluded from income, employers may wish to file a refund for payroll taxes as well.

In the longer-term, the fact that the marriages of same-sex couples will be recognized not only for Federal income tax purposes, but also gift and estate taxes, including the marital deduction, means that most same-sex couples will need to update their estate planning documents. Estate plans that relied heavily on trusts to hold property and ILITs to fund estate tax liabilities may no longer be necessary, due both to the availability of the marital deduction and the potential to claim portability of a deceased spouse's unused estate tax exemption, and couples may wish to simply adopt easier and simpler estate plans. On the other hand, it's notable that because the marriage still may not be recognized for state estate and inheritance tax purposes, some couples will need to be cognizant that while Federal estate taxes are relieved, state estate taxes are still an issue.

Overall, the good news of the ruling in planning for same-sex couples is that moving to another state - or living in different states - will no longer create such messy scenarios for Federal income, gift, and estate taxes. On the other hand, because the treatment still varies by state, same-sex marriage couples in states that don't recognize the marriage may end out filing jointly for Federal purposes, but individuals for state purposes, in addition to the state estate tax complications noted earlier. And financial and health care power of attorney documents will remain crucial in states that don't recognize the marriage, if the same-sex couple wants to ensure the power to make financial and health decisions for a spouse.

It's also important to note that rules for same-sex couples are still not uniform across all Federal agencies. While the IRS has effectively adopted a "place of celebration" rule, the Social Security Administration has thus far only announced the payment of spousal and survivor benefits to same-sex couples currently residing in a state that recognized the marriage. Similarly, the Department of Labor has interpreted the Family Medical Leave Act (FMLA) to still only apply based on the state of residence. In some of these scenarios, it may ultimately require an Act of Congress to adjust the rules legislated for the agencies to allow a "place of celebration" treatment for determining marital status.