Table of Contents Navigation
Executive SummaryThe Old Withdraw And Reapply StrategyOption 1: Pay It BackOption 2: Go Back to WorkOption 3: Voluntarily SuspendOption 4: Maximize Benefits for your Spouse who has not yet elected.Conclusion

You have an appointment with a client who has already elected Social Security and now realizes he has made a mistake. Whether because he didn’t think about how his election would affect his spouse, or he was unaware of the options, or for some other reason, he has now changed his mind. What are his options?

While the so-called "Social Security withdraw and reapply" option is mostly gone as a strategy, there are actually still several ways to "undo" benefits, including choosing to pay back benefits within the first 12 months, going back to work to deliberately cause the Social Security Earnings Test to apply, voluntarily suspend benefits after full retirement age, or adjust the timing that a spouse starts benefits. 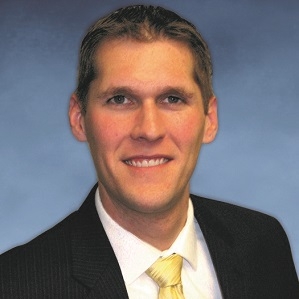 Joe Elsasser, CFP®, RHU, REBC is an Advisor with Sequent Planning, the creator of Social Security Timing, and the Director of Advisory Services for Senior Market Sales.

The Old Withdraw And Reapply Strategy

Under the old rules, you could file early, at 62 for example, and take reduced benefits all the way to 70. Then at 70 you could turn around, pay back all the benefits, and re-file for a higher benefit as though you had “delayed” claiming. Essentially, it equated to an interest-free loan from the government (using the benefits from age 62 to age 70, before paying them back), which the Center for Retirement Research at Boston College estimated could cost the Social Security system somewhere between $5.5 and $8.7 billion. Further, the “interest free loan” served no social purpose.

Consequently, the Social Security Administration changed the provision in December 2010, limiting the pay-back option to only being available within the first year after benefits are elected. But that doesn't mean your clients can no longer fix a mistake. Social Security recipients still have four options for changing or altering their benefits once they elect.

Option 1: Pay It Back

If the client changes his mind within the first 12 months of electing benefits, he can still file SSA Form 521 to withdraw (i.e., "undo") the original Social Security application, and pay back any benefits. If benefits were received by auxiliaries, such as a spouse or children, those benefits would also need to be repaid.

Once benefits have been repaid, the individual is treated as though he/she never elected to start benefits, which means he/she will not receive an actuarial reduction due to the original filing. Subsequently, that individual can apply for benefits again in the future - with an age-appropriate adjustment at that time - or can file a restricted application for spousal benefits.

Option 2: Go Back to Work

If the client is outside the 12-month window and decides he/she wants to go back to work between the ages of 62 and Full Retirement Age (FRA), benefits will be subject to an Earnings Test. The 2012 earnings test exempt amount is $14,640 ($38,880 in the year the client turns FRA). Social Security will withhold $1 in benefits for every $2 of earnings in excess of that amount, potentially reducing benefits all the way to $0. However, it's important to understand that this is not a tax! In fact, it can be helpful!

However, this “earnings penalty” is not a tax, because in reality Social Security would adjust the reduction on this client’s benefits for each month in which he didn’t receive a check due to the Earnings Test. If this client actually received benefits for the 12 months he was 62, but then worked and did not receive any further benefits until age 66, SSA would go back to his record and adjust his benefit upwards. They will treat it as if he had originally elected benefits only 12 months early (since he only received 12 months of early benefits), which would be the equivalent of starting at age 65 instead of 62; accordingly, the individual's monthly benefit would be adjusted upwards to $2,240 (the adjustment for 3 years of early benefits that weren't actually reduced early!) plus any Cost of Living Adjustments that had accrued.

There is another option for those who don’t want to go back to work. Once the client reaches FRA, it's possible to voluntarily suspend benefits. The client simply needs to call or visit a Social Security office and request a voluntary suspension. It's even possible to call in advance of FRA with instructions to suspend at FRA.

Here’s where it gets interesting, as we follow the math. By electing at age 62, the client basically reduced monthly benefit to 75% of what would have been received if elected at FRA. By suspending benefits at age 66, though, the monthly benefit will increase by 8% per year until age 70, for a total of 32%, as the client earns delayed retirement credits because benefits aren't being paid. And notably, if you increase 75% (the original reduced benefit) by 32% (the delayed retirement credits increase) you get 99% (.75 x 1.32 = .99). In other words, you can take Social Security from 62-66, suspend from 66-70, start again at age 70, and still get 99% of the benefit you would have gotten had you simply waited until full retirement age in the first place!

This should not be viewed as a claiming strategy, only as a means for minimizing the damage of a "mistake" where the client has had a change of mind after already starting benefits early. There are several reasons one wouldn’t want to elect at 62 with the intent of suspending at FRA. First, if the client dies between 62 and FRA, the widow/widower would be permanently stuck with a substantially reduced benefit. Second, the client would forfeit any future option of claiming a restricted spousal benefit, because once you file for your own benefit, even if it is in suspension, your spousal benefit is reduced as if you were actually receiving your benefit. If your own suspended benefit is higher than your spousal benefit, you will not receive a spousal benefit at all.

Option 4: Maximize Benefits for your Spouse who has not yet elected.

Even if one member of the couple has already started Social Security benefits, the reality is that there are still multiple claiming strategies available to decide when the remaining member of the couple should start benefits, including starting early, at full retirement age, delaying until age 70, or filing a restricted application to start spousal benefits but delay personal benefits.

Though it almost always pays for at least one member of a married couple to delay benefits, almost 75% of beneficiaries elect Social Security between age 62 and FRA. You’re going to run into clients who regret this decision or simply had a change of plans. Helping them navigate the different options for making a change is a great way to add value and make sure your clients are making the best decision. Social Security Timing® can help you find the best option.